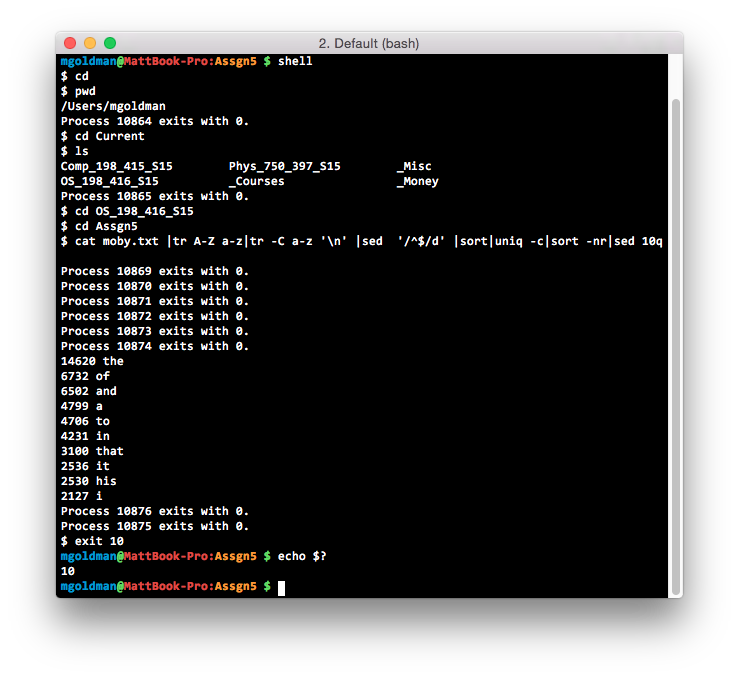 The code for this project can be found here, at my github page.

This simple shell can run any external command with I/O piping between them. It has cd and exit built in, and uses a table of function pointers to run them. The input line is parsed into whitespace-separated and quote-wrapped tokens with my lntok() function, which functions similarly to strtok(). The tokens from the string are placed into command_t structs, which assemble into a linked list of commands. When a pipe is detected in the input line, the prior command is ended and a new command is added to the list.