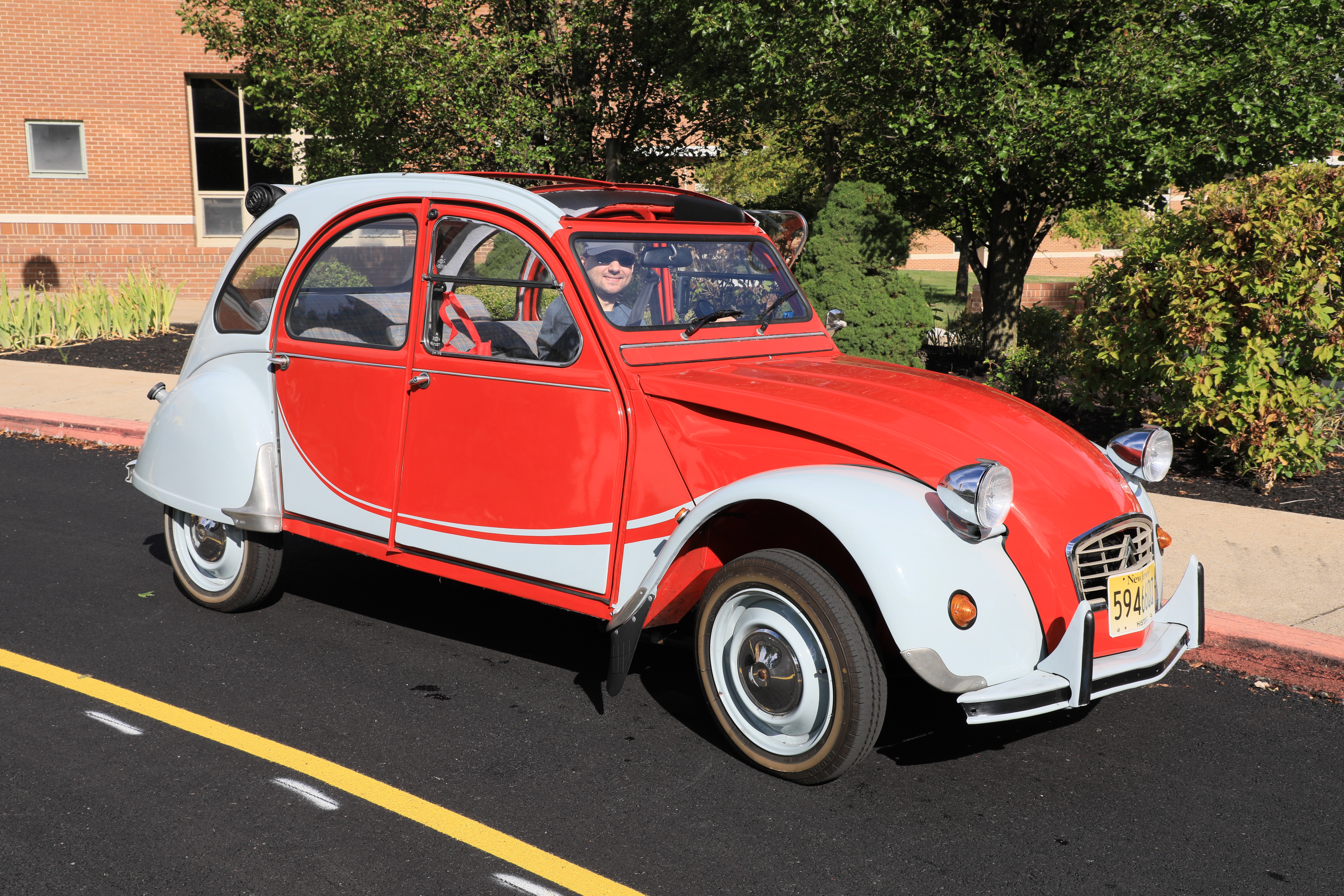 In 1986, the 2CV6 Spécial was the low end trim, which has no dome light, no ash tray, no radio, and only one sun visor (I installed a second one). This car was originally sold in Italy and imported to the USA in 2019. I belive he red paint is original; the blue-grey paint was added by the previous owner to make the car look like the higher-end “Charleston” trim level.

Overall, I’ve had to do very little to the car. Kudos to the previous owners for keeping it in such excellent condition. Things I’ve done include

My 2CV has won the following awards at car shows I’ve brought it to: 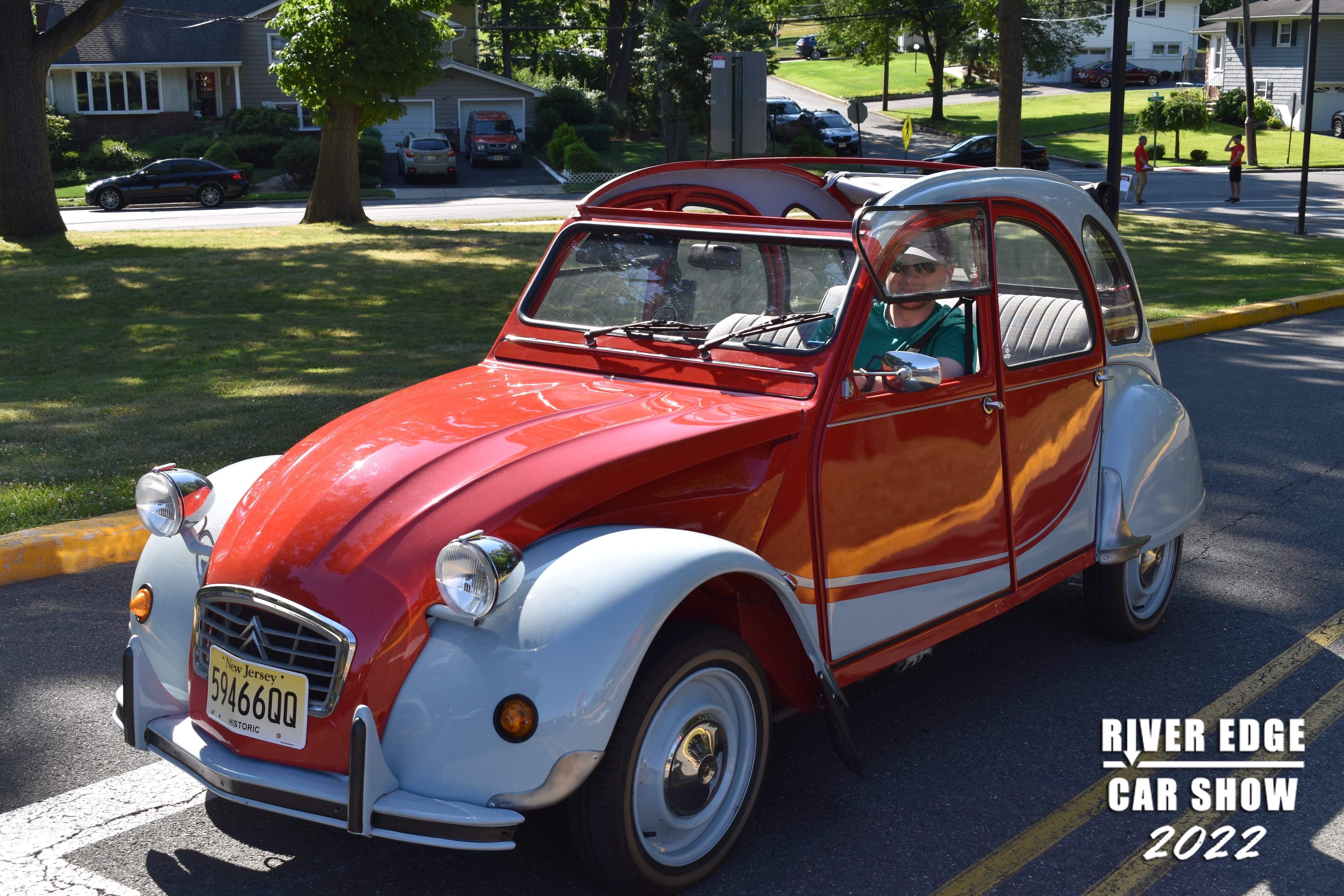 Design of the 2CV began in the mid-1930s. Citroën wanted to produce a small, cheap car that France’s many farmers could use to transport good to market on unpaved rural roads, replacing the still common horse-drawn carts. One design brief was that the car should be able to drive across a freshly-plowed field with a basket of eggs without any breaking. Also, the drivetrain was designed to be extremely simple and easy to maintain and use very little fuel, which were important in a country with minimal car infrastructure. The project was called the Très Petite Voiture (“Very Small Car”).

During World War II, Citroën’s leadership refused to coöperate with the Nazi occupiers, and hid the TPV prototypes. President of Citroën Pierre Boulanger organized slowdowns at his factories and intentionally sabotaged some trucks produced for Germany, and was listed as an “Enemy of the Reich”. After the war, the TPV project was revived, perhaps even more applicable with France’s war-damaged roads and economy, and named the 2CV.

Consequently, the 2CV is perhaps best known for its innovative suspension system. The front and rear springs are mounted horizontally, and connected together. When the front wheels hit a bump, the front suspension is compressed, which pushes the rear wheels down, keeping the car’s body level, and vice-versa when the rear wheels hit the same bump.

2CVs were produced from 1948 until 1990, with very few changes across the years. “2CV” is an abbreviation of the French phrase deux cheveaux vapeur (“two steam horsepower”) referring to the complicated French system of “taxable horsepower”, where more powerful and larger cars paid more tax. The original models had a 375 cc engine making 9 horsepower; the 6 in “2CV6” indicates the “big-block” 602 cc engine. Some 2CV aficionados consider 29 hp to be “too powerful”, and prefer the 24 hp 435 cc engine from earlier 2CV4 models.

I have started a collection of 2CV-related brochures and such from the era of my 2CV. I’ve scanned these and they can be viewed on my Internet Archive Profile

Info for other 2CV owners

If you can’t find the OEM Purflux LS131 filter, here are some filters from other manufacturers that will fit: